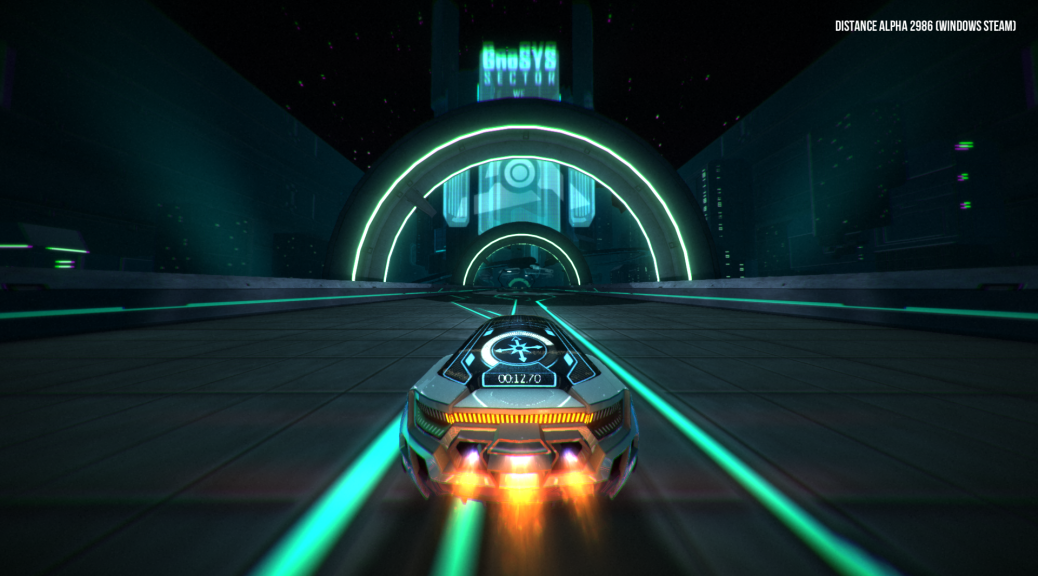 You may remember a freeware gem from 2011 called Nitronic Rush. If you played it, you certainly do remember it – it’s a fantastic game about a car that can leap and spin in the air. The developers have been hard at work at its delectable spiritual successor “Distance” and as of today it’s available on Steam Early Access for $16.99 until 12/16, when it will bump up to its normal price of $19.99.

This game is guaranteed to pan out, and it’s exceedingly playable at the moment with just about as much content as Nitronic Rush had, right off the bat. The soundtrack is full of hot bangers. I picked it up myself earlier today and can confirm that this is some good shit. Read on for a beta trailer!