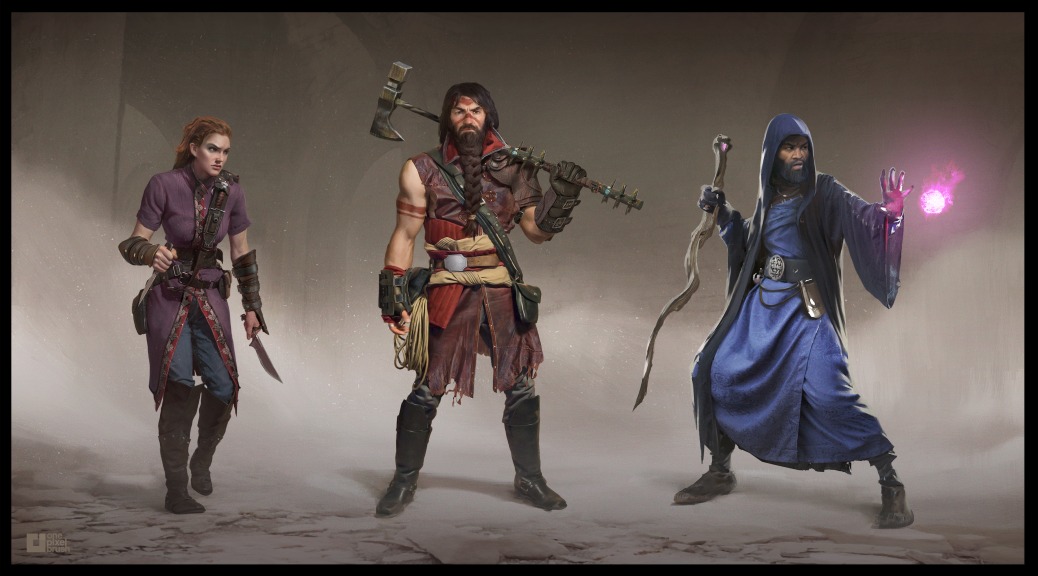 Much is made of Ascendant’s Improvisation Engine. How exactly it’s an ‘engine’ is unclear, but the game promises to engender real possibility when it comes to its problem solving. The Kickstarter page gives the example of simply wading into a river with a killer octopus in it, throwing bait downstream then crossing, or charming a spider to carry you across.

Stretch goals include co-op, a few special familiars, a level editor, and a very interesting “Doppelganger” system that allows you to summon AI versions of your friend’s character. When you’re done with it, your friend will be able to see a highlight reel and receive rewards.

My thoughts: The timing couldn’t be better for a new Underworld game, what with all the new “real” RPGs popping up left and right and tickling your nostalgia glands. I like the idea of continuing the legacy of innovation in the role-playing genre, and I’m excited to see Underworld possibly become a force again (even though I was barely around to see it in the first place).